This month's Arabian foal crop, this month there's 4 foals. 1 colt and 3 filles. All, but one of the fillies are for sale, and they are sired by EEC Captain! Just take a look here if your interested: Sales and Rules 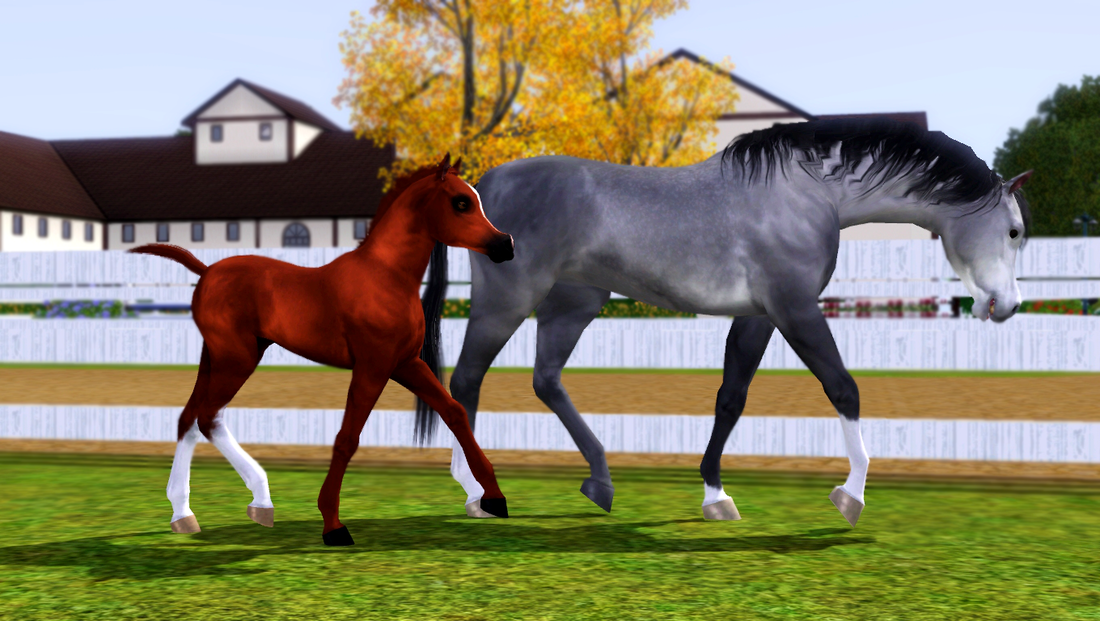 Sire: EEC Captain
Dam: EEC Samahat al Riyah
Traits: Untrained - Brave - Fast
Breed: Arabian
Caipirinha is full of energy, she's very different from her twin sister Versace. She's not scared of anything, and she could run around for hours. She's a very energic foal. I bet she would be a great jumper one day, she's very fast, and she beats all the other foals in the paddock, when it's about running. But she is also a halter prospect, her mother has 4 points from halter shows. And her father won one of RFE's Aherne Marwin Stallion Show! 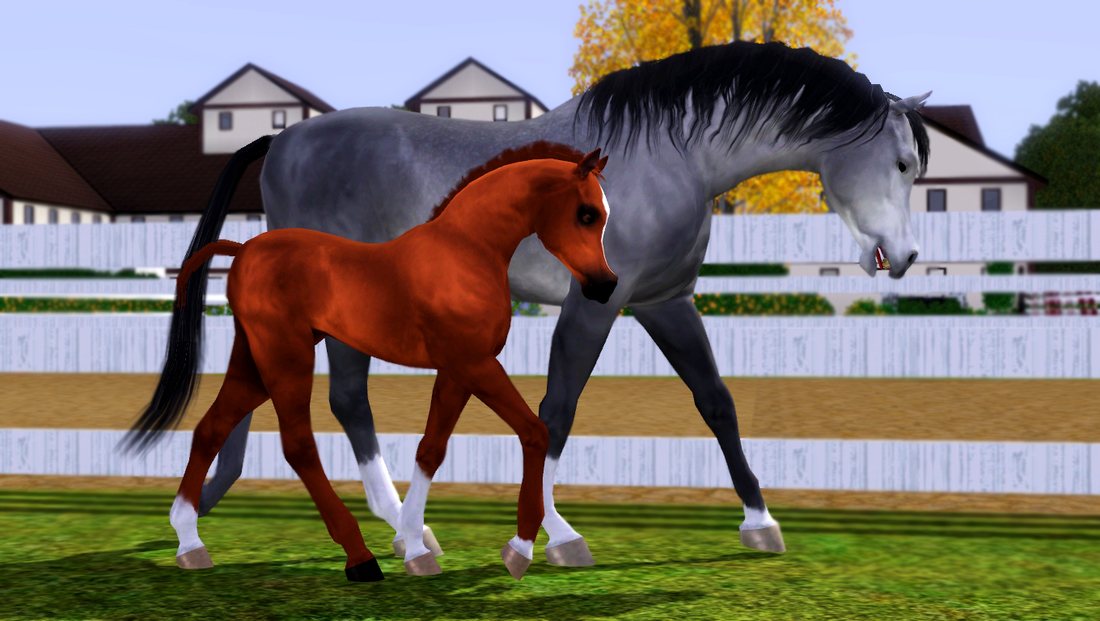 Sire: EEC Captain
Dam: EEC Samahat al Riyah
Traits: Untrained - Fast - Quiet
Breed: Arabian
Versace is a very calm filly. She's very fast, as her sister, but she don't make such a big deal out of it. She's a halter prospect too. She's very bonded to her twin sister Caipirinha, but Caiprinha don't really car much about her. So Versace stays a lot with Daiquiri, who is a little more calm and quiet, such as her self. 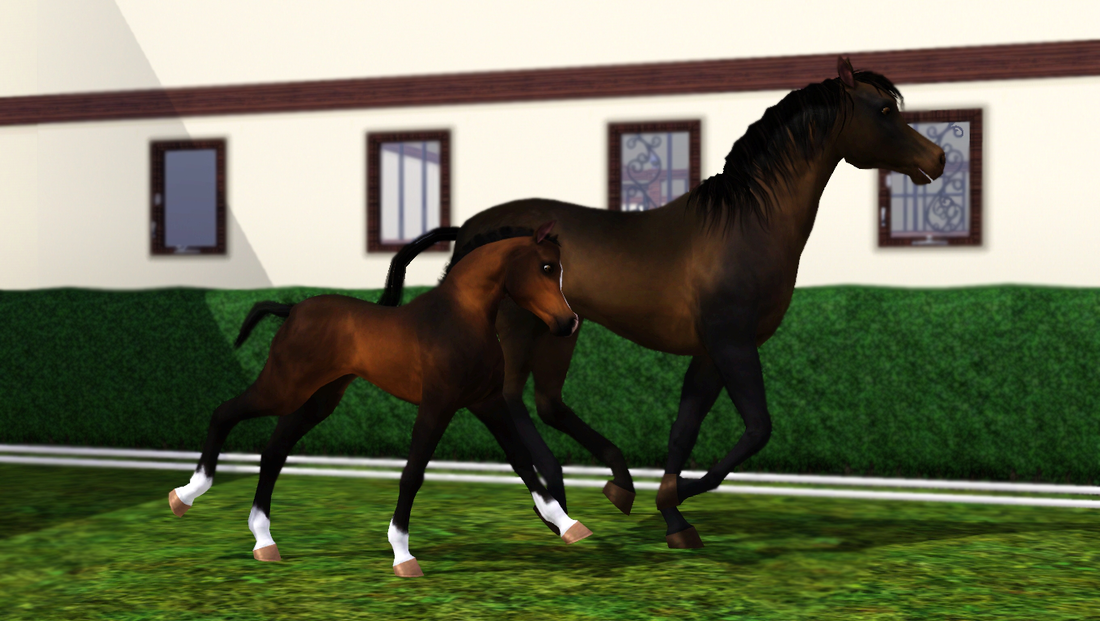 Sire: EEC Captain
Dam: SER Ma-Ajmala
Traits: Untrained - Fast - Brave
Breed: Arabian
Mimosa would do a great show jumper. She's a fast and brave. She's not as energic as Caiprinha, and nor as fast as her and her twin sister. But she's a better jumper. She likes to show off too, she's a very self confident filly. And she's just lovey. As her parents of course, that's where she's got it all from! 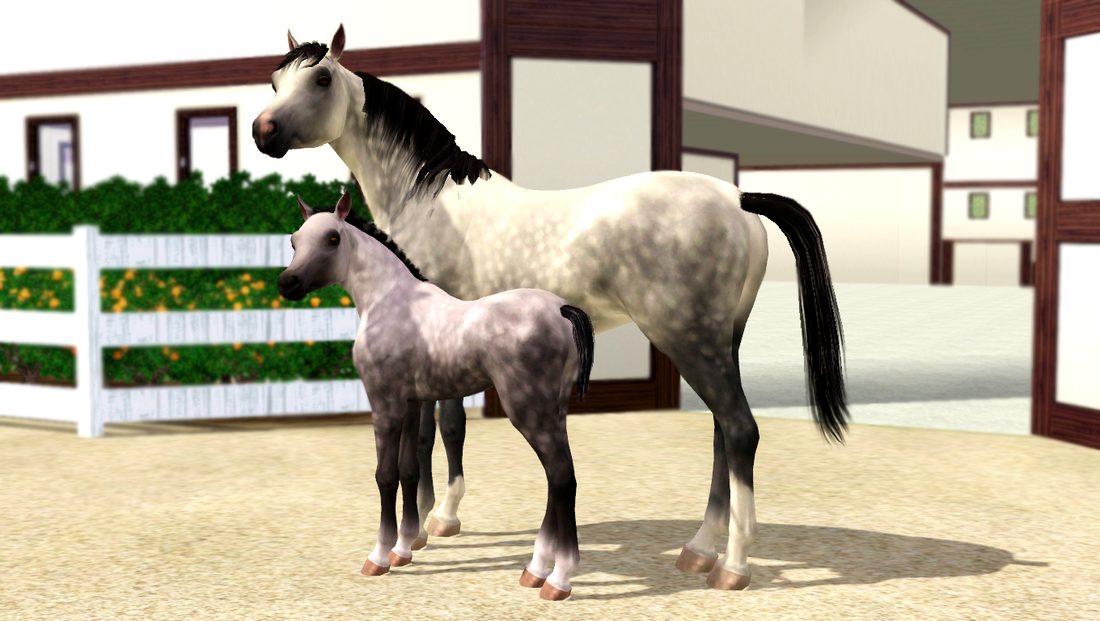 Sire: EEC Captain
Dam: Anadil
Traits: Untrained - Obedient - Genius
Breed: Arabian
Daiquiri is a very sweet colt. He loves to learn, and he learns very fast. As well, he's obedient, and he never comes in trouble. He's a loving guy. And he's a halter prospect too, simply because he is one of the most BEAUTIFUL arabians we've ever bred! But we didn't keep him, since he's a colt. Just have a look at her mother, she's gorgeus. Daiquiri hardly looks like his father xD