This month's Hanoverian foal crop, this month there's 4 foals. 2 colts and 2 filles. All are for sale, and sired by EEC Chardonnay! Just take a look here if your interested: Sales and Rules 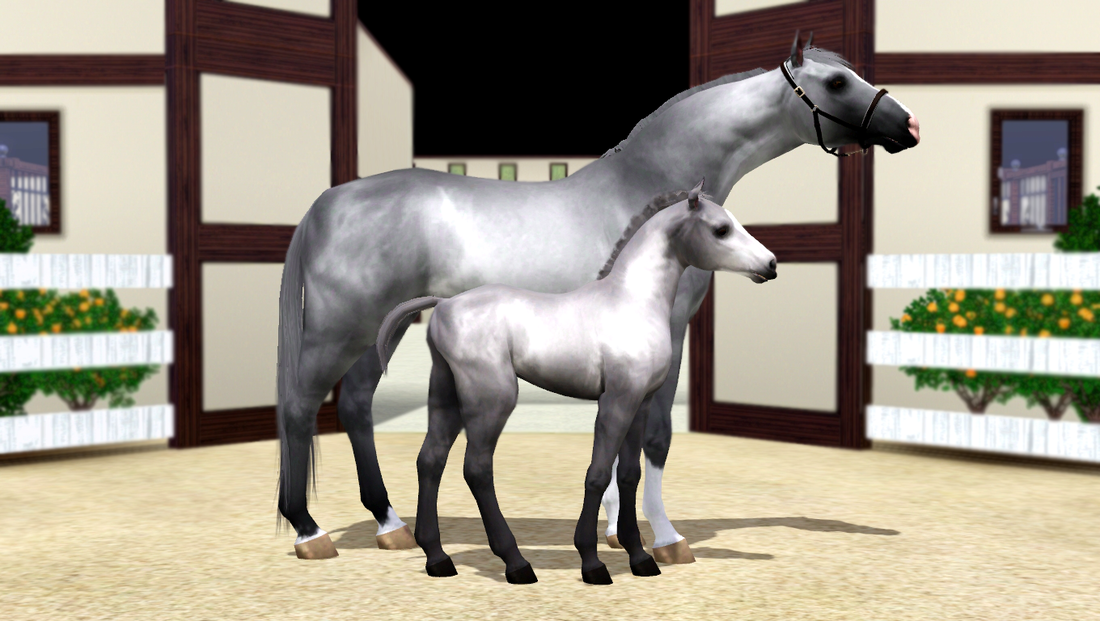 Sire: EEC Chardonnay
Dam: EEC Daughter of the Niben
Traits: Untrained - Genius - Fast
Breed: Hanoverian
Aurelia is this foal crop's diva! She has a beautiful silver colour, and her confirmation is amazing! She looks a lot like her parents Chardonnay and Nibella! She's always acting like a "princess". It seems that she thinks she can do anything better than the others. And well, she has the best pedigree, and surely a lot of potential, so that may be true as well. Both her father and mother is one of the best horses at the EEC! 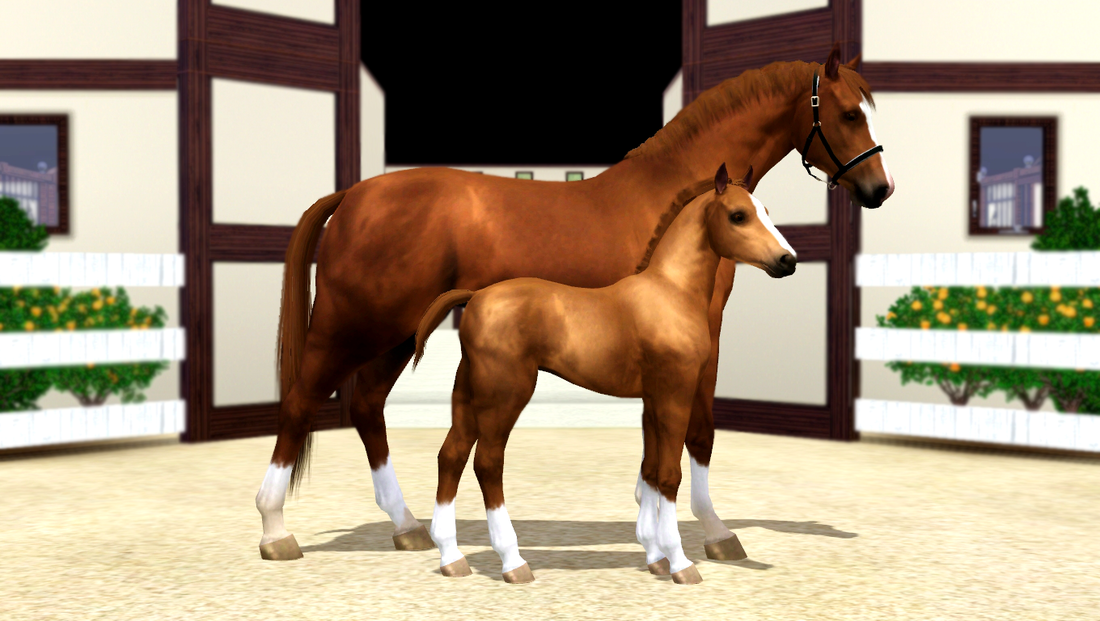 Sire: EEC Chardonnay
Dam: EEC Cutest Lil' Babyface
Traits: Untrained - Friendly - Agile
Breed: Hanoverian
Paige is such a sweet filly. She's loving and friendly. She'd make a great broodmare one day, she would take good care of her foals. And she has a bright future as a jumper, maybe even a dressage horse. But she has proven to have a lot of jumping skills. The other foals like her very much as well, she never gets in trouble. 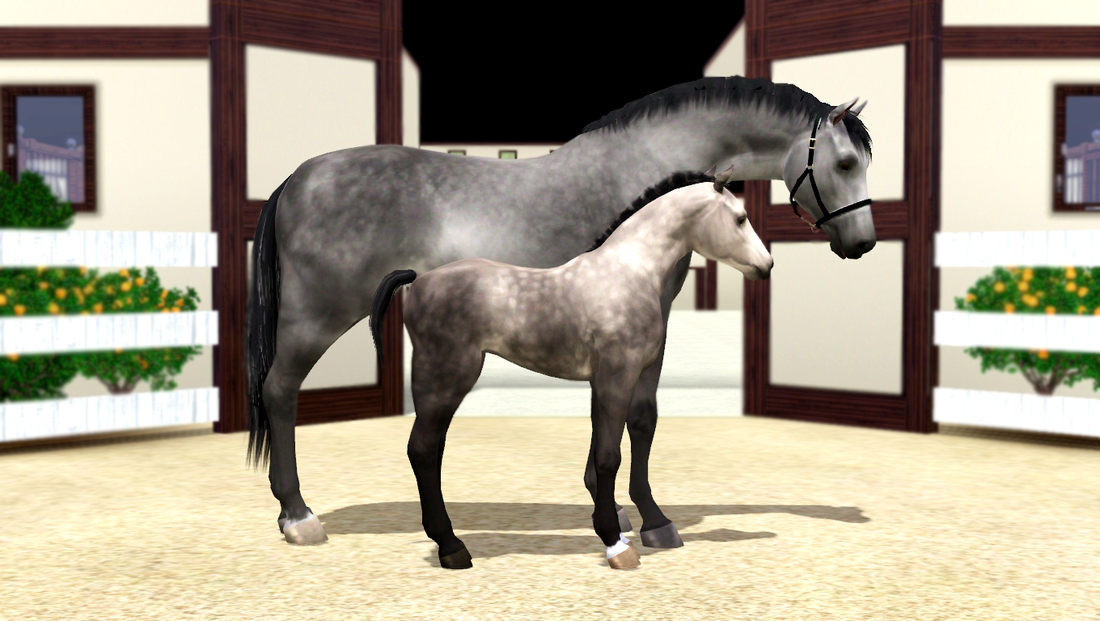 Sire: EEC Chardonnay
Dam: EEC Sweet Melody
Traits: Untrained - Agile - Brave
Breed: Hanoverian
He's reminds me a lot of Equador, in the personality way. But he's a little trouble maker, different from his calm half-brother. Sometimes he start chasing the fillies, just because he thinks it's funny. But he can be a very nice buddy is he wants to. And he acts well against humans, so that's no problem! 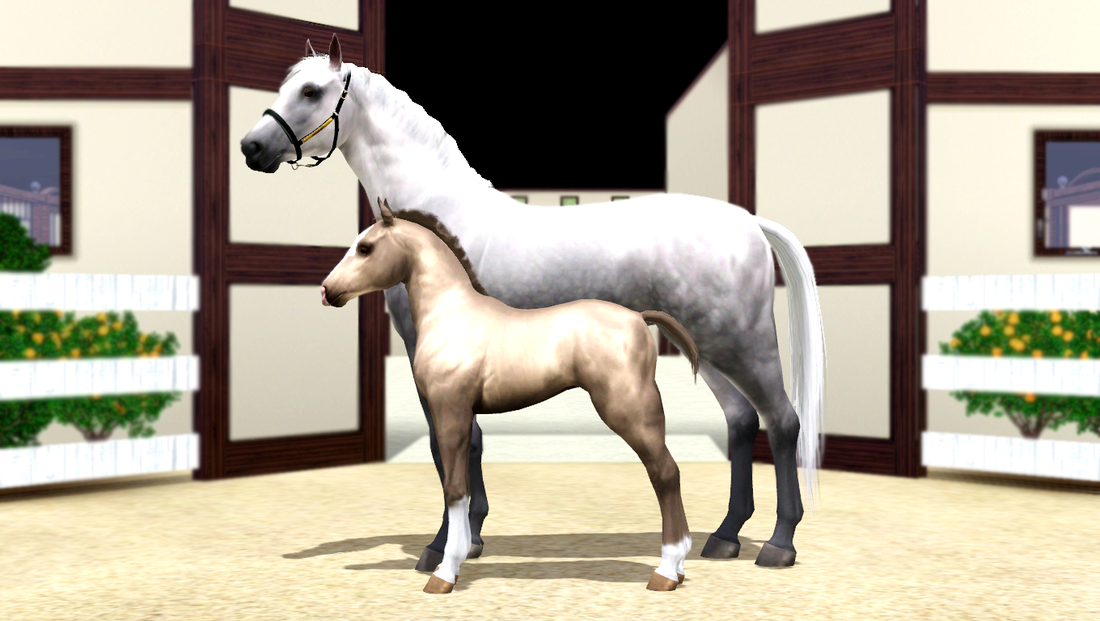 Sire: EEC Chardonnay
Dam: EEC Poetry In Motion
Traits: Untrained - Agile - Brave
Breed: Hanoverian
Equador will make a great show horse when he grows up. He doesn't get scared of loud noises or something else. He always stays calm. And he's a great jumper already. We have done som free jumping with him, even if he's still young. And he absolutely is the "leader" type. The other foals never mess with him, they respect him. Almost as much as they respect the grown-up's. But he never harm anyone.